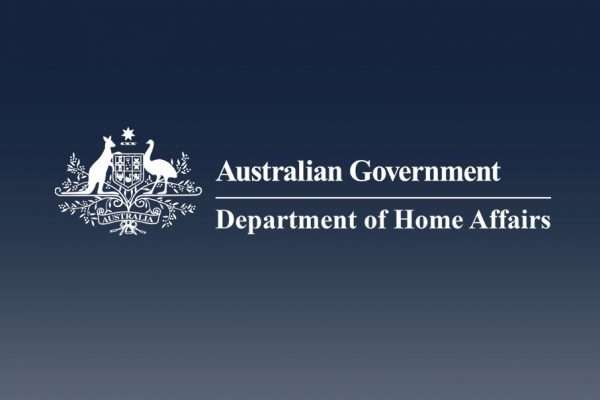 Some video-game related occupations are not recognised by the migration system and even where they are local employers have to jump through a bunch of bureaucratic hoops to ensure that staff can stay in the country permanently.

To explain the significance of this decision, some context that highlights the workings of the Australian migration system is necessary.

The Australian and New Zealand Standard Classification of Occupations Code (ANZSCO) is primarily a statistical classification designed to aggregate and organise data collected about jobs or individuals. The classification definitions are based on the skill level and specialisation usually necessary to perform the tasks of the specific occupation, or of most occupations in the group.

One example is Unit group 2612 Multimedia Specialists and Web Developers. This unit group includes roles that, among others, create computer animation, audio, video and graphic image files for multimedia presentations, games, motion pictures, CD-ROMs, information kiosks and the web. As such it also includes the 261211 Multimedia Specialist, the only ANZSCO code to explicitly reference games. (Its alternative title is “Electronic Game Developer”). A complete overview of the codes is available here.

These codes are also used by the immigration authorities to determine how the occupations of people migrating into Australia and New Zealand are classified. This is not always an easy exercise, any changes to the ANZSCO system have immense ramifications for other government agencies, such as the Australian Bureau of Statistic’s (ABS). As a result, this system does not deal well with fast-changing industries like video game development. Unless the government completely overhauled the system, it cannot simply introduce new codes for new jobs, it has to shoehorn new roles into existing codes.

It is still not a perfect system, one of the unfortunate side effects of this rigid system are the extra difficulties Australian and New Zealand game developers wanting to hire overseas talent have to face. How do you hire someone whose position description does not even exist in the eyes of two governments?

This is now much easier. As a direct result IGEA’s input, the codes have been expanded to include a range of roles common in the video games industry. For example, going forward, 261211 Multimedia Specialist will cover a range of game-related roles, such as (Senior) Rendering Engineer or (Senior) Graphics Engineer. Other examples are 232413 Multimedia Designer accommodating Level Designer or 232412 Illustrator covering Environment Artist.

This is why the accommodation of these occupations is so important: It is a recognition that they actually exist. It will make it easier for developers to hire desperately needed senior overseas talent.

Ideally, it will also result in better statistical recognition of the video games industry due to the ABS’ use of the ANZSCO codes. Knowing exactly how many jobs there are in the industry, and how the numbers have changed over the years, will make it easier for IGEA to advocate for the sector.

(While this is a significant outcome, the Department of Home Affairs cautioned against expectations of immediate outcomes as the focus of their visa approval processes is on professions related to “essential services” such as health professionals and workers ensuring food supplies.)

This result, however, is only the first step in a two-step strategy. While a whole range of video game development roles will be recognised by the system, they are often classified in a way that does not lead to temporary or permanent residency.

The Skilled Occupation List not only specifies the ANZSCO code for each occupation, but it also determines whether the occupation is included on the Medium and Long-term Strategic Skills List (MLTSSL), the Short-term Skilled Occupation List (STSOL) or Regional Occupation Lists. Some occupations qualify for a pathway to permanent residency via the MLTSSL stream, e.g. programming roles, whereas others in the STSOL force the jobholder to leave the country after a maximum of two years, e.g. marketing or art-related roles.

In the context of the global nature of the video games industry, this poses a challenge.

Australian companies are directly competing with other countries, such as the US, Canada and Europe more generally, all regions that have established sustainable game development ecosystems and offer, in particular in the case of Canada, highly successful migration schemes. This is an asymmetrical contest for Australian developers, given their minuscule size and the difficulties associated with attracting niche and senior skills: A (senior) role that does not lead to permanent residency is not very attractive.

To assist Australian game developers compete for experienced talent, IGEA has applied for a Labour Agreement on behalf of the Australian games industry.

A Labour Agreement enables select industries to sponsor skilled overseas workers when there is a demonstrated need that cannot be met in the Australian labour market and where standard temporary or permanent visa programs are not available. Labour Agreements come with fixed terms and conditions and are build on extensive consultation with industry. An example is the Dairy Industry; its agreement allows the sponsoring of skilled workers from overseas in the occupation of ‘senior dairy cattle farm worker’ for up to 4 years and/or permanent residence.

For a range of senior roles in the Australian video games sector, there is evidence of ongoing labour shortages. The Labour Agreement lists these occupations and asks for them to be eligible for permanent residency, i.e. it is a narrow slice that does not affect the Australian economy as a whole. This is important as a Labour Agreement cannot give the impression of threatening the integrity of the migration system by flooding the market with overseas labour.

Should the agreement be successful, the impact on the industry would be highly positive: It will be easier to fill talent gaps, local studios will have a stake in the fierce quest for global talent, it will support the sustained growth of the games industry, the wider economy as well as the continued employment of Australians.

Labour Agreements are assessed by the Department of Home Affairs; it normally takes at least six months for them to be approved, though COVID-19 has prolonged the process. We have been asked to supply a COVID-19 impact assessment to determine the currency and urgency of our claims. This has been supplied in June 2020 and the application is under review as of January 2021. With the game industry proving to be largely resilient to the effects of COVID-19 in contrast to other sectors, we are confident that we can make a persuasive case. Numerous members are still looking to hire senior roles and will benefit from access to a large international talent base.

In addition, we have taken part in the National Skills Commission Skills Priority List (SPL) survey. The aim of this survey is to understand the totality of skills needs in Australia. In our submission, we once more stressed that skills gaps can be identified across a variety of disciplines – including non-technical roles – and that the majority of these gaps occur on a senior level or for highly specialised roles. We highlighted that Labour market testing via LinkedIn and feedback from members show that this kind of senior/niche talent is scarce in Australia – some roles go unfilled for months whereas for others the talent simply does not exist – and explained how the Labour Agreement we lodged will help to address the situation in the short- to medium-term by making it easier to guarantee pathways to permanent residency to overseas talent.