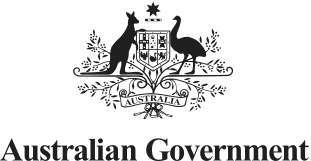 IGEA’s Participation at the Public Hearing for the Joint Standing Committee on Trade and Investment Growth: Supporting Australia’s Exporters and Attracting Investment

Recently IGEA made a submission to the Joint Standing Committee on Trade and Investment Growth, supporting Australia’s exporters and attracting investment. We believe that the video game development industry can play an important role in Australia’s future economy and must be given the opportunity to reach its full potential. The $200 billion global video games market provides unparalleled opportunities for Australia’s export-orientated game development businesses, while the tens of billions of dollars of game development activity being conducted around the world each year provides an enormous and unique source of future foreign investment.

Our submission outlined the opportunity that can be gained from this industry and how the Government can achieve it. In particular, our submission highlighted the impact that a federal tax offset for game development, similar to the schemes in place for film and television content and the PDV sector, will lead to tens if not hundreds of millions of dollars in investments, thousands of new jobs and a pipeline of skills and talent that will not only benefit our industry but the broader media and high tech sectors.

As part of the submission process, we were invited to participate in the public hearing for the inquiry and the full transcript can be found here.  (IGEA’s section is pages 17-23).

In fact, our Chair, Edward Fong from Ubisoft opened our section of the hearing and below is an excerpt:

Mr Fong: “Good morning, and thank you for the opportunity to speak to the committee about the role that the interactive games and entertainment sector plays in supporting Australian exports and attracting investment. I am appearing today as the chairman of the IGEA, but I’m also the managing director of Ubisoft Australia and New Zealand—a part of the global Ubisoft group that makes games like Assassin’s Creed, Prince of Persia and Just Dance.

IGEA proudly represents a whole range of businesses from the regional arms of the world’s largest interactive and video games companies, like Nintendo, Sony PlayStation and Microsoft Xbox, to the many independent and home-grown game development studios currently creating games for Australia and worldwide. While our video games consumer market is huge, with Australians spending $4 billion on video games last year, our game development sector is actually very small.

Senator VAN: Did you say $4 billion?

Mr Fong: Yes, correct. Aussies love games! While our development sector is small, it is highly creative and innovative. Our members are at the cutting edge of a technology driven and export focused industry that has the potential to play a huge role in Australia’s economy both now and in the future. Interactive games are the fastest- growing media in the world. In fact, it might surprise many on the committee to know that the global video games industry is worth $200 billion. That’s more than the film and music industries put together.

CHAIR: Does that include app based games?

Mr Fong: That includes mobile as well; yes, correct. But games aren’t just for fun either. Serious games, as they are called, are finding applications across a range of sectors, including health, education, engineering and defence. Games are also getting kids interested in studying and pursuing careers in STEM. For example, researchers found that girls who play video games are over three times more likely to study a STEM degree. The point is that video games are no longer the simple pastime for young boys that some people consider them to be. The average age of the Australian gamer is 34, and 47 per cent of Australian game players are female. Games are one of the most significant forms of entertainment and media in the world, and they are a serious business.

In our submission to the committee, we refer to games as the archetype form of the export industry that Australia needs. Games are digital exports that can be shipped without transportation, cost or even environmental impact. With over two billion players globally, and about half of them on our doorstep in Asia, the potential export market is enormous. Unlike other types of digital exports, like film and music, interactive games can provide developers with ongoing revenue streams through content updates, expansions and new business models. Many Australian game developers are still earning significant export revenues from games they developed years ago. We measured Australia’s largest creative exports over the past decade, in terms of movies, music and books, and couldn’t find anything that came close to the success of popular game exports like Fruit Ninja and Crossy Road, which have been downloaded hundreds of millions of times.

There is huge potential for the game development sector to help grow the Australian economy through exports investment. Every year tens of billions of dollars are invested in the games sector globally, but Australia gets very little of this. This is why we have argued for a 30 per cent tax offset for game development to make Australia competitive, similar to the offset currently provided to our local film and TV animation and effects businesses.

Tax incentives for game development have been adopted by many countries around the world eager to futureproof their economies, like the UK, Canada and Singapore, and right across the US and Europe. Each of these regions have booming game development sectors. Evidence from those other jurisdictions indicates that the video game tax offsets work because they are tax positive. They attract new investment and economic activity, which actually brings more tax revenue than the offsets cost. With the right incentives in place, Australia could quickly become a world-class location for game development. Otherwise we will continue to lag further behind and miss out on building an industry. We will also continue to lose some of our brightest and most creative tech workers to overseas companies.

Finally, we would like to emphasise to this committee that we are not talking about blue-sky hypotheticals here. There are global publishers who are currently investigating opportunities to establish studios in Australia. Companies like Ubisoft are always on the search for the right talent and for economic environments in which to set up new studios, and Australia is one the few advanced economies where they haven’t been able to do so. Without policies to attract investment, these opportunities will be lost.”