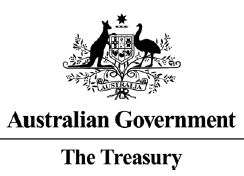 IGEA has made a submission to The Treasury on its consultation on the digital economy and Australia’s corporate tax system.

IGEA’s submission made the following arguments:

On 20 March 2019, the Treasurer announced that, following the consultation process, the Government has decided to continue to focus on engaging in a multilateral process and would not proceed with any interim measures.

Laura Parker at gamespot.com.au has written a fantastic story about the recently Government Report into R18+ public consultation.

Following the initial news that 98.2 percent of the 59,678 public submissions received by the Commonwealth Attorney-General’s Department were in favour of introducing R18+, GameSpot AU has combed the report’s contents to present a detailed summary of the key points.  See here

Support for an R18+ Growing

Support for an R18+, Growing

Grow up Australia will contribute 16,055 submissions from people who used their online form. The bulk of the submissions were collected during a partnership with EB Games during which Grow up Australia posters were displayed in all of EB Games’ 250+ Australian stores. A link to the online submission form was also provided via a banner on the EB Games website during the campaign. END_OF_DOCUMENT_TOKEN_TO_BE_REPLACED

Sydney, February 15, 2010 – The Interactive Games & Entertainment Association (iGEA) has today made its submission to Attorney-General’s Department on the proposed R18+ classification for video games in Australia.  Representing platform holders, publishers and distributors, the iGEA appeals for an R18+ classification to cater to the maturing gaming population and ensure consistent classification amongst other forms of entertainment.

Ron Curry, CEO of the iGEA, says there is overwhelming support for an adult rating not only amongst gamers but parents, families and the wider community.

“Australia needs an adult rating so adults can play games that are age appropriate for them and parents can make educated choices for their families based on clear, consistent guidelines.  With the deadline for submissions closing on February 28, we urge the community to make their voices heard in support of an adult classification,” said Curry.

An R18+ classification is essential to protect consumers whilst providing them with the full information to make educated decisions about their entertainment choices,” said Curry.

To sign a petition for an R18+ classification for video games, you can log on to http://www.growupaustralia.com/ or directly at the Attorney-General’s Department at http://www.ag.gov.au/gamesclassification.

The iGEA’s submission can be found here.

This is the first time Censorship Ministers have undertaken public consultation on this issue, with submissions welcomed until close of business on February 28, 2010.

No word from Government on R18+ response

Laura Parker over at gamespot, reports that the  Australian federal government is remaining noncommittal on the effects of the R18+ discussion paper; and says public view will merely “inform [the] decision” on R18+ for games.

The time to be heard is now: EB Games launches R18+ Classification Petition

GameSpot AU takes a look at the biggest and most active pro-R18+ groups here in Australia and how they are trying to rally the Australian population behind the cause.

To read about the different groups and see how you can become involved, click here