The science on why games are not harmful

abc.net.au has recently published a feature that links to the raw research on the effects of violent video games.  To see the article, click here

Discover How the World Lives Online

Digital Life is a comprehensive study of the Global Digital Consumer.  The study involved almost 50,000 consumers across 46 countries.  To see a sample of the report, click here.

Matt Greenop of the nzherald.co.nz has written a great article about the misconception around gamers – referencing our INZ10 report.  To read the story, click here 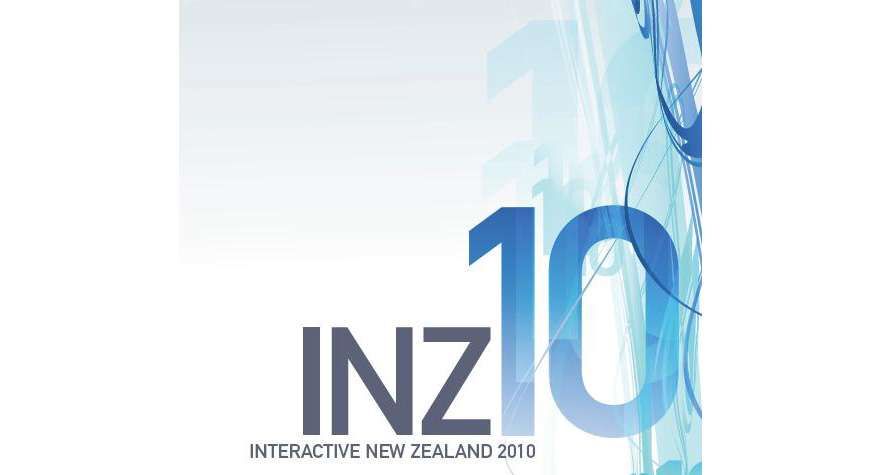 Tuesday 17 August 2010, Dr Jeff Brand appears on Breakfast TVNZ discussing some of the key results from the INZ10 report.

Auckland, New Zealand – 17 August, 2010 – A new research paper into New Zealand’s video and computer game sector has found that the average age of players is 33 years old and 88.5 per cent of all New Zealand households have a device for playing computer games.

The Interactive New Zealand 2010 (INZ10) report conducted on behalf of the Interactive Games & Entertainment Association (iGEA) by Bond University is the most comprehensive study of its kind to be undertaken in New Zealand.

Dr Jeffrey Brand, Head of the Centre for New Media Research at Bond University says that while New Zealand is largely consistent with other countries within the Oceania region, it is the first country to record 100 per cent in the number of households with children under the age of 18 with a computer game playing device.

“The research indicates that every New Zealand household with children has a device for playing games, and this really tells us that video games are ubiquitous in 2010. It’s also fascinating to note that despite this figure, 78 per cent of gamers are in fact over the age of 18 and have been playing on average for 12 years,” says Dr Brand.

END_OF_DOCUMENT_TOKEN_TO_BE_REPLACED

This research report was launched in New Zealand on Tuesday 17 August 2010.  It provides data on who is playing games in New Zealand.  It documents game play behaviours, the importance of games in teh family, the rold of onlince access in game purchasing and play, and how gamers compare with non-gamers on key demographics and attitudes towards games.

August 2010 – the latest newsletter from the Entertainment Software Association (ESA) in the US provides a brief outline of some recent studies which were unddertaken by Dr Christopher Ferguson of Texas A&M Universtiy which called into question research findings that perpetuate some of the misconceptions about computer and video games.

In June, the Review of General Psychology published Dr. Ferguson’s study titled “Blazing Angels or Resident Evil? Can Violent Video Games be a Force for Good?” Ferguson conducted an in-depth analysis of existing research on the impact of violent video game play on aggressive behavior. He found that many of these studies were marred by inconsistent findings or weak methodology and had not been sufficiently scrutinized by the broader scientific community. He also noted that the violent crime rate has dropped dramatically at the same time that video games have gained in popularity, suggesting that “the violent video game issue is a crusade in search of a crisis.”

The ESA have just released their annual report titled Essential Facts About the Computer and Video Game Industry Report. The 2010 survey confirmed that computer and video game play remains widespread, and that game play is an increasingly social activity. Sixty seven percent of American households play computer and video games, and 62 percent of gamers say they play with other gamers in person at least one hour per week. Family play has also grown in popularity, with nearly half of all parents (48 percent) reporting they play with their children at least once per week.

The report not only underscores the increasing popularity and broad appeal of computer and video games, but also provides a window to the industry’s future. ESA’s 2010 data suggests the interactive entertainment software industry is well positioned to enjoy a continued period of growth and expansion, and remain a dominant player in the American economy.

German Academic suggests Australians are not so conservative afterall

As reported at Screenplay, the absence of an R18+ video game classification has lead many Australians to believe our country has an overly conservative or paranoid attitude to video games.

This isn’t the view shared by Dr Jens Schroder, a visiting German sociologist who has completed a comphrensive study examining society’s perceptions of video games.

In 2007, Professor Tanya Byron was asked by the Prime Minister of the UK to conduct an independent review looking at the risk to children from exposure to potentially harmful or in appropriate material on the internet and in video games.  The Byron Report was released in 2008.

Professor Byron has since began her progress review and on 29 March 2010 published Do we have safer children in a digital world? A review of progress since the 2008 Byron Review

The R18+ classification is not about children

In this opinion piece for The Punch, the CEO of iGEA, Ron Curry gives his thoughts on R18+ being an issue about adults.  He responds to some of the ACL and YMA comments and welcomes Prof Anderson’s support of an R18+ classification.

Dr Christopher Ferguson , co-author of the paper Much Ado About Nothing: The Misestimation and Overinterpretation of Violent Vido Game Effects in Eastern and Western Nations: Comment on Anderson et al. (2010), discusses with Peta Waller-Bryant from 2SER his views on Anderson’s metastudy on violence and video games.

You can listen to Peta’s interview here:

For those who want to read through Chris Ferguson and John Kilburns’ paper, you can find it here.

Hat tip to Aaron  from Grow Up Australia for getting this interview up on Youtube.

CNMRE’s goal in preparing this submission was to introduce a distinctive position that they believe enhances the debate and offers a lens through which to see the efficacy of an R18+ in contemporary Australian society.

As an academic research centre, The Centre for New Media Research at Bond University has engaged in public policy matters with respect to classification since 2001. Their engagement has been data-driven and their contribution to empirical evidence is cited in the Discussion Paper: Should the Australian National Classification Scheme include an R 18+ classification category for computer games?.

CNMRE’s research record includes A Review of the Classification Guidelines for Films and Computer Games: Assessment of Public Submissions on the Discussion Paper and Draft Revised Guidelines for the Office of Film and Literature Classification in 2001, Sources of News and Current Affairs for the (then) Australian Broadcasting Authority (2001), A Comparative Analysis of Classification Schemes in 22 Nations (2002) for the (then) OFLC, Living Diversity (2002) and Connecting Diversity for the Special Broadcasting Service, A Review of the Children’s Television Standards (2008) for the Australian Communications and Media Authority, and most prominently, a series of national empirical studies on computer game demographics and attitudes for the Interactive Entertainment Association of Australia (now the Interactive Games and Entertainment Association), GamePlay Australia (2005), Interactive Australia 2007, Interactive Australia 2009.  The Centre also publishes research independent of government and industry policy matters including research on computer game history, narrative, form and style.

For a very interestoing and new perspective on the 18+ debate, read thefull CNMRE’s submission here.

The Dance Revolution Steps out of the Arcade

As reported by Simon Tsang at smh.com.au, a popular video game that involves following stepping moves on a special light up mat, has been modified by medical researchers to help the elderly undertake regular exercise.

The ARC Centre for Excellence for Creative Industries and Invovation’s Creative Workforce Program has launched the Games Industry Skills Project website. The site provides an opportunity for interested researchers and other stakeholders to participate in a dialogue about the current and future state of Australia’s Digital Games Industry. END_OF_DOCUMENT_TOKEN_TO_BE_REPLACED

Aussies are an Imagination Nation

Warner Bros Interactive Entertainment have discovered that ‘game snacking’ is the new way to keep your Creativity Alive.

Sydney, Australia – 8 October 2009: Tried and proven, Aussies who game for around 30 minutes a day are more likely to use their imagination daily – thus keeping their creativity alive. These are some of the findings from a recent survey* of ‘Gaming and Creativity’, conducted by Warner Bros. Interactive Entertainment, which revealed that over 85 per cent of Aussies are regular gamers.

END_OF_DOCUMENT_TOKEN_TO_BE_REPLACED

Futurelab Gaming in Families Research: Parents’ & childrens’ views on and experiences of gaming

Ipsos MORI recently conducted research on behalf of Futurelab consisting of two surveys – one with parents of children under 16 and one with children aged 5-15, with the key objective of examining their views on and experiences of video/computer gaming.

A full copy of the research findings can be downloaded here.