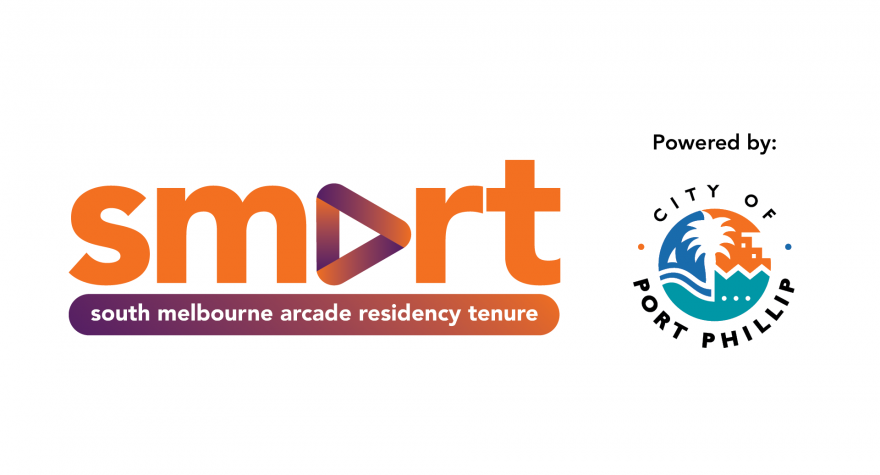 The Arcade announces the SMART program

The Arcade is thrilled to announce the SMART Program!

The South Melbourne Arcade Residency Tenure (SMART) Program is an assistive residency placement within The Arcade Melbourne, powered by City of Port Phillip.

The SMART Program aims to help early-career individuals have the opportunity to hotdesk out of The Arcade that might not otherwise have the financial means to attend.

The intention of this program is to help foster the production of game development within the City of Port Phillip, create a more accessible entry point to our diverse game developer community and to assist in financial pipelines for marginalised or low income game developers.

We want to pave the way for the next generation of talented developers by facilitating access to the learning, networking and engagement opportunities that naturally occur within The Arcade.

Thanks to the generous support of City of Port Phillip, the SMART program will allow a select number of amazing applicants access to The Arcade’s open plan hotdesking area for a number of months.

There will be 3 streams available for applications:

Length of time spent in The Arcade and level of desk engagement (permanent or part time desk usage) will be individually assessed based off the applications received.

This initiative is open to recent graduates, early career games practitioners, those crossing into games from other industries, marginalised communities and individuals from new game development businesses keen to engage within the local South Melbourne games community. You must be living in Victoria to apply, and be over the age of 18.

We welcome and encourage applicants from all backgrounds, and we particularly welcome applications from groups who are currently underrepresented in the games industry.

You can apply to be a part of the SMART Program by filling in the form below:

Due to COVID Lockdowns, the application deadline has been extended to October 31st 2021.

The first intake will begin in November.

For any questions, please reach out to the Arcade team via: enquiries@thearcade.melbourne

Antony Reed, Chief Executive of the GDAA, supports the announcement as a demonstration of the Government’s strong commitment to the development of Australia’s knowledge economy.

“Since the first announcement of the R&D Tax reform and in our own discussions with the Department, it became very clear that the government has confidence in the abilities of Australian SMEs to deliver ground-breaking innovations for the global market,” said Reed.  “Innovation is at the heart of game development and the introduction of the new legislation not only assists in levelling the global competitive playing field, but also affords the local industry the opportunity to challenge traditional gameplay conventions.” END_OF_DOCUMENT_TOKEN_TO_BE_REPLACED

As reported over at the NZ Herald, video games are helping to lift the Auckland economy out of recession.

Fourteen of the city’s fledgling game development companies, which employ 160 fulltime workers, say they plan to create a further 135 fulltime high-tech creative jobs in Auckland by next April.

Further to that, collaborators at Auckland University have just won an international award for a new computer game called Sparx which helps depressed teenagers.

Andrew McMillen over at IGN has put together a comprehensive review of the courses offered by Australian education institutions for games-related degrees.  He discusses the value of the degrees and if they are keeping pace with the changing face of development in Australia given all of the recent studio closures.  To read the article, click here

As reported at smh.com.au, some Australian Companies are following their American and British counterparts, and turning to game developers to help create recruitment, marketing and training programs that are fun, engaging and cost efficient.

Some of these companies that have commissioned these serious games include ASIO, McDonalds and the NRMA.  To find out more click here

Serious Games for the Australian Industry

Over at itnews.com.au, Liz Tay reports that the Australian game development industry is getting ‘serious’ about software development for medical, military and educational purposes.

According to the iGEA commissioned 2009 Bond University report, 68 percent of Australians play computer games.  This is a market Ben Kilsby, CEO of simulation company Holopoint Interactive, is keen to address.  Kilsby defines ‘serious gaming’ as the application of video game methodology and technology for “purposes that are not entirely entertainment”.

Describing a generation of non-linear thinkers who are becoming decision makers in the workforce, Kilsby expects a new wave of serious games for training and education.

Screenplay reports on Games and the Knowledge Economy

Jason Hill at Screenplay writes that there is no doubt that games have a huge potential in terms of learning and education.  Last week Dr Jeff Brand held a public lecture called ‘Video Games and The Future of the Knowledge Economy’.  Dr Brand believes Australia can become a world leader in developing Serious Games for Teaching and Learning.

The Australian Game Development Industry in 2010

Laura Parker of gamespot.com.au chats to all the relevant people about the future of Australian Games Development in 2010.  To learn more, click here

As reported over at Screenplay: Australian games developers have long criticised the Federal Government for failing to support the local industry.

For many years the Games Developers’ Association of Australia has been campaigning to get the same tax breaks and government funding schemes as the local film and television industries, with little significant progress made.

But the GDAA is pleased about proposed changes to the Federal Government’s Research and Development Tax Concession Scheme which ironically have been criticised by groups such as the Australian Information Industry Association for “threatening innovation”.

The Dance Revolution Steps out of the Arcade

As reported by Simon Tsang at smh.com.au, a popular video game that involves following stepping moves on a special light up mat, has been modified by medical researchers to help the elderly undertake regular exercise.

The ARC Centre for Excellence for Creative Industries and Invovation’s Creative Workforce Program has launched the Games Industry Skills Project website. The site provides an opportunity for interested researchers and other stakeholders to participate in a dialogue about the current and future state of Australia’s Digital Games Industry. END_OF_DOCUMENT_TOKEN_TO_BE_REPLACED

GameSpot AU has a feature that looks at the problems arising from morality systems in video games, and seeks to answer why morality is needed in games, why moral choice is so often just black and white, and what developers can do to change this. In Part One of the feature they speak to philosophers and game theorists.

To read Part One of Laura Parker’s feature, take the jump here.

ABC TV and Screen Australia have announced that the Serious Game, Alternator, – a full-throttle car race in wild and whacky green-powered vehicles – will receive $325,000 and go into full production immediately.

To read more of the blog from ABC TV blog click here.

Tom Crago, the president of the  GDAA, tells gamesindustry.biz how Australia has fared in the last twelve months and looks ahead to the future.

Read the full interview at gamesindustry.biz

Gaming the System: How to Really Get Ahead in the Game Industry

[In this article, originally published in Game Developer magazine, pseudonymous developers of all levels share their honest, sometimes cutting thoughts on what it takes to truly succeed in each game industry discipline.]

Success in game development takes a careful balance of hard work, timing, and company politics, whether we like it or not. And yet, getting ahead in your specific discipline doesn’t always mean doing what you’re told or following advice to the letter.

The GDAA and IEAA Call For Tax Incentives For Games Developers

MELBOURNE, June 12, 2008 – The Games Development Association of Australia (GDAA) and the Interactive Entertainment Association of Australia (IEAA) have today announced an alliance to urge the Australian Government to offer tax incentives for the local interactive entertainment industry. The GDAA and the IEAA have also aligned to support intellectual property protection and the introduction of an R18+ classification for video games.  END_OF_DOCUMENT_TOKEN_TO_BE_REPLACED