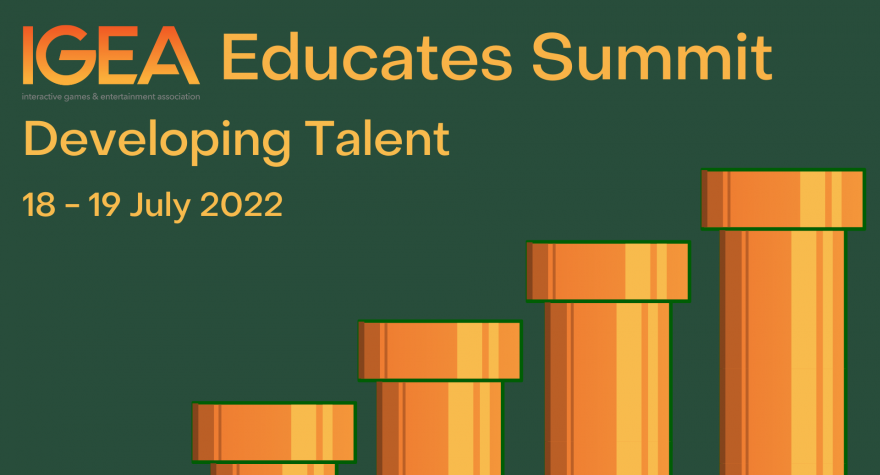 Sydney, May  09 2022, IGEA is thrilled to announce an expanded program for the IGEA Educates Summit, which will be held virtually from 18-20 July 2022.

The IGEA Educates Summit is entering its 3rd iteration.  As employment and revenue for the local game development industry increase, this year’s Summit aims to bring together industry professionals and educators to continue their work on meeting sector needs.  Given the skills shortage and pipeline issues the Australian game development industry is experiencing, the guiding principle of the IGEA Educates Summit 2022 is Developing talent.

The IGEA Educates Summit program will highlight how the entire industry can develop talent to ensure it keeps flowing and delivering best practice learnings from other industries when it comes to hiring, training and retaining talent.

2022 will see the Summit program expand to a second day, focusing on delivering presentations and educational content for students and emerging/early career game developers looking to enter the industry or advance their careers.  Summit attendees have the option of their portfolios being reviewed privately by highly qualified and experienced local games studios. This provides invaluable feedback to early-career developers and expands their personal network of local studios.

Jens Schroeder, Director of Industry & Member Relations at IGEA, says, “Australia’s industry is growing and the recently announced federal Digital Games Tax Offset will accelerate that positive trajectory even further. Educators need to be ready for this exciting future, but at the same time, the industry also needs to understand the context in which educators operate.

“The inclusion of students and early career developers at the IGEA Educates Summit is exciting and ensures IGEA facilitates industry development and assists the local industry in their quest for talent.”

Andrew McMillen over at IGN has put together a comprehensive review of the courses offered by Australian education institutions for games-related degrees.  He discusses the value of the degrees and if they are keeping pace with the changing face of development in Australia given all of the recent studio closures.  To read the article, click here

The Powerhouse Museum is letting you relive the golden age of video gaming during a packed weekend of retro gaming, 29-31 January 2010. Play 80’s arcade games, learn about game creation and design and a whole bunch more.

Full details can be found on their website here.

Director of information and communication technology (ICT) , Adrian Janson is the man behind the subject.  He is embracing new technology and using the world of gaming to increase engagement amongst students, and is having a bit of fun at the same time.

END_OF_DOCUMENT_TOKEN_TO_BE_REPLACED

Aussies are an Imagination Nation

Warner Bros Interactive Entertainment have discovered that ‘game snacking’ is the new way to keep your Creativity Alive.

Sydney, Australia – 8 October 2009: Tried and proven, Aussies who game for around 30 minutes a day are more likely to use their imagination daily – thus keeping their creativity alive. These are some of the findings from a recent survey* of ‘Gaming and Creativity’, conducted by Warner Bros. Interactive Entertainment, which revealed that over 85 per cent of Aussies are regular gamers.

END_OF_DOCUMENT_TOKEN_TO_BE_REPLACED

Futurelab Gaming in Families Research: Parents’ & childrens’ views on and experiences of gaming

Ipsos MORI recently conducted research on behalf of Futurelab consisting of two surveys – one with parents of children under 16 and one with children aged 5-15, with the key objective of examining their views on and experiences of video/computer gaming.

A full copy of the research findings can be downloaded here.

Children as young as four are immersed in a new gaming culture, but many parents, educators and health professionals, concerned over violence, sexual content, and reports of addiction, do not consider games to be a positive force in children’s lives. END_OF_DOCUMENT_TOKEN_TO_BE_REPLACED

Games are not always about recreation. Increasingly, they can be used as educational tools for both children and adults, and this is not limited to maths tutors and spelling games. More and more corporations and universities utilise games for employment and higher skills training. END_OF_DOCUMENT_TOKEN_TO_BE_REPLACED

Video games provide a diverse set of experiences and related activities and are part of the lives of almost all teens in America. To date, most video game research has focused on how games impact academic and social outcomes (particularly aggression). There has also been some exploration of the relationship between games and civic outcomes, but as of yet there has been no large-scale quantitative research. This survey provides the first nationally representative study of teen video game play and of teen video gaming and civic engagement. The survey looks at which teens are playing games, the games and equipment they are using, the social context of their play, and the role of parents and parental monitoring. Though arguments have been made about the civic potential of video gaming, this is the first large-scale study to examine the relationship between specific gaming experiences and teens’ civic activities and commitments.

This survey was conducted by the Pew Internet & American Life Project, an initiative of the Pew Research Center and was supported by the John D. and Catherine T. MacArthur Foundation. A full copy of the findings can be found here.

Their Space: Education for the digital generation

There are some powerful myths that inform the way people think about youth culture. This report sets out to challenge some of those myths, in order to explore the real value behind the digital interactions that are part of everyday life.

Approaching technology from the perspective of children, this report tells positive stories about how they use online space to build relationships and create original content. It argues that the skills children are developing through these activities, such as creativity, communication and collaboration, are those that will enable them to succeed in a globally networked, knowledge-driven economy.