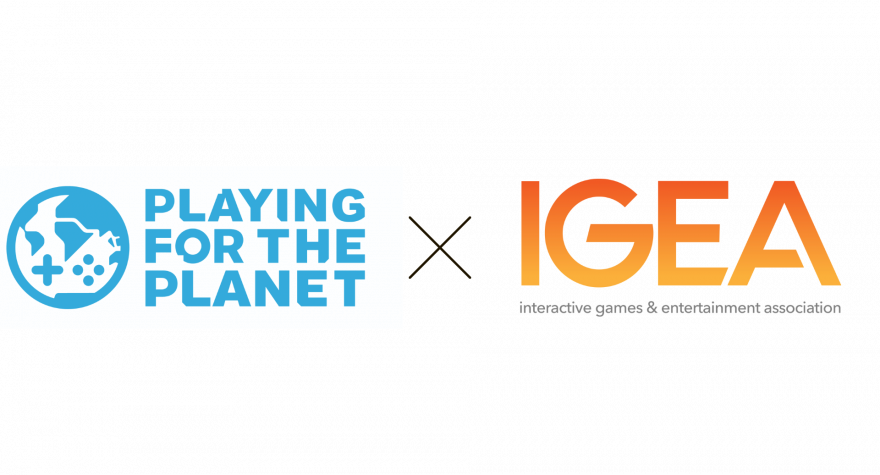 IGEA is the first associate member in the Asia-Pacific region to join the Alliance, and follows its fellow industry associations Interactive Software Federation of Europe (ISFE), Verband der deutchen Games-Brance (Game), and The UK Interactive Entertainment Association (Ukie), who represent the European, German, and UK video games industries respectively. These industry bodies support the video game companies that have joined the Alliance as members, including Microsoft, Sony, Ubisoft, and Unity. In joining the Playing for the Planet Alliance, game companies have made commitments ranging from integrating green activations in games and reducing their emissions to supporting the global environmental agenda.

“We are proud and excited to join the Playing for the Planet Alliance,” said Ron Curry, CEO of IGEA. “The Alliance shows the video games industry’s leadership and commitment to carbon reduction and sustainability. We know many of our members have already made strong environment commitments and some are developing games focused on raising awareness on climate issues. As the industry association representing the Australian and New Zealand video games sector, it is important for us that we also lead by example and that is what we hope we can do for years to come through this partnership with the Alliance.”

As part of its commitment to the Alliance, IGEA will commence a range of initiatives within the next twelve months, including:

*Working with an environmental consultant to minimise the carbon footprint of IGEA’s co-working space The Arcade and Game Connect Asia Pacific (GCAP) conference.

*Promoting environmentally conscious business practices within our membership by hosting an eco-focused webinar and creating an Eco Working Group.

*Facilitating the Australian component of the Alliance’s Green Game Jam.

“Video games have the ability to connect with billions around the world in ways that other mediums cannot,” said Sam Barratt, UNEP’s Chief of Youth, Education and Advocacy. “While games are played by people of all ages, they have a particularly significant cultural influence on young people and the coming generations. This makes the video games industry a hugely influential partner in helping to focus attention on the climate emergency and ways we can address it. Associate members like IGEA, our first from Asia-Pacific, will help us to catalyse behaviour change through awareness of environmental issues and amplify our initiative in the region.”

Since the Playing for the Planet Alliance was launched, the initiative has supported its members efforts to reduce their carbon footprint, with more than half of them committing to reach net-zero carbon emissions or carbon negativity by 2030 at the latest. The Alliance has also inspired its members to integrate authentic green activations on games with existing player bases through Green Game Jams. The 2nd annual Green Game Jam earlier this year featured 30 mobile and console game companies – up from 11 in its inaugural year – showcasing new green activations in their live games with the aim of reaching hundreds of millions of players on restoration and conservation of forests and oceans.

IGEA will be a global supporter of the Green Games Summit being held this week, hosted by Ukie in collaboration with the Alliance and ISFE with the support of Sony Interactive Entertainment. The Summit will be held on 21-22 October. Anyone working in video games is invited to attend the Summit by registering here.

About the Playing for the Planet Alliance:

The Playing for the Planet Alliance was launched during the Climate Summit at the UN Headquarters in New York. In total, the members of the Alliance have the ability to reach more than 1 billion video game players. In joining the Alliance, members have made commitments ranging from integrating green activations in games, reducing their emissions, and supporting the global environmental agenda through initiatives such as planting millions of trees and reducing plastic in their products. The initiative is facilitated by the UN Environment Programme with the support of GRID-Arendal and Playmob.

Members of the Playing for the Planet Alliance:

Further information about members of the Playing for the Planet Alliance can be seen on the website here: www.Playing4ThePlanet.org

IGEA is the peak industry association representing the voice of Australian and New Zealand companies in the computer and video games industry. IGEA supports the business and public policy interests of the games industry through advocacy, research and education programs, and working with many stakeholders including all levels of government, not-for-profit organisations, media, and other trade associations.

For further information on IGEA’s participation in the Alliance, contact ben@igea.net

About the UN Environment Programme (UNEP):

The UN Environment Programme is the leading global voice on the environment. It provides leadership and encourages partnership in caring for the environment by inspiring, informing, and enabling nations and peoples to improve their quality of life without compromising that of future generations.

For further information on the Playing for the Planet Alliance, contact siiri.maekelae@un.org