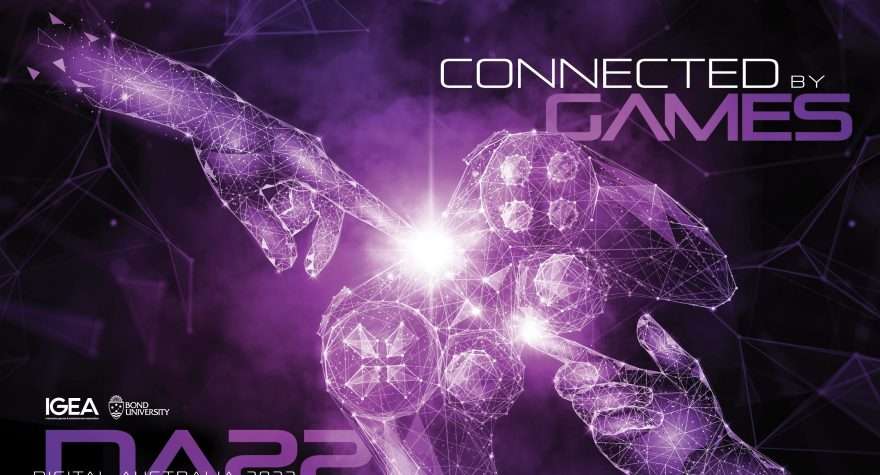 Australians turned to video games for social connection during the pandemic

Sydney, AUSTRALIA – 19 October 2021 – The Interactive Games & Entertainment Association (IGEA), in conjunction with Bond University, today released new research from its Digital Australia 2022 (DA22 ) report that found over 75 percent of Australians who played video games used them to connect with others during the pandemic. The report, now in its ninth iteration, explores the Australian video game players’ habits and the gaming landscape during the pandemic.

“Video games were not just a vital source of entertainment during the pandemic, but also a means for connection, communication, and social interaction between friends and family, as well as education and comfort for children,” said Bond University’s Professor Jeffrey Brand, who has run the Digital Australia series of research for 16 years.

“70 percent of the participants lived in an area that experienced lockdown during the pandemic, and over a third of those participants said they played more video games. Nearly a quarter said that they used in-game tools to communicate with others, all new findings included in this year’s report,” he continued.

“More Australians are turning to video games for social activities and mental health, changing video games from a hobby into a larger cultural touchstone enabling families and friends to remain connected. Video games inspire creativity. We see people connected to gaming culture whether that be making games themselves, creating mods, watching streamers, or even attending concerts in-game. Australians love and enjoy games on so many levels and we are seeing the local game development industry evolve accordingly,” said Curry.

DA22 found that the average Australian gamer is now 35 years old, a year older compared to the previous two reports. They’ve been playing video games for around 12 years, and play an average of 83 minutes a day with most play occuring in the evening. Almost half of Australian video gamers are female, and nearly half use online services for gaming.

49 percent of parents play online games with their children, a six percent increase from DA20

Playing video games to keep the mind active was the number one reason older Australians turned to gaming, and moved to the second highest reason Australians overall play video games during the pandemic

Retirement age adults played for 61 minutes a day on average, a two-minute increase from DA20

Video games rank second among all media choices in Australian game households, second only to streaming TV and movies, overtaking free-to-air TV during the pandemic

Almost half of adult players have watched esports online, the main reason being for social connections

IGEA (Interactive Games & Entertainment Association) is the peak industry association representing the voice of Australian and New Zealand companies in the computer and video games industry. IGEA supports the business and public policy interests of the games industry through advocacy, research, and education programs, and working with many stakeholders including all levels of government, agencies, media and other trade associations. Further details are available at www.igea.net.

About the Digital Australia Report

Digital Australia 2022 is a study of 1,204 Australian households and 3,152 individuals of all ages undertaken for IGEA by Bond University. Participants were drawn randomly from the Nielsen Your Voice Panel in March 2021. The margin of error is ±2.7 percent. The Digital Australia report is the culmination of over 16 years of research on how, why and by whom video games are played in Australia. This edition of the report explores how the pandemic affected Australians’ video game habits and how those habits evolved during the pandemic.