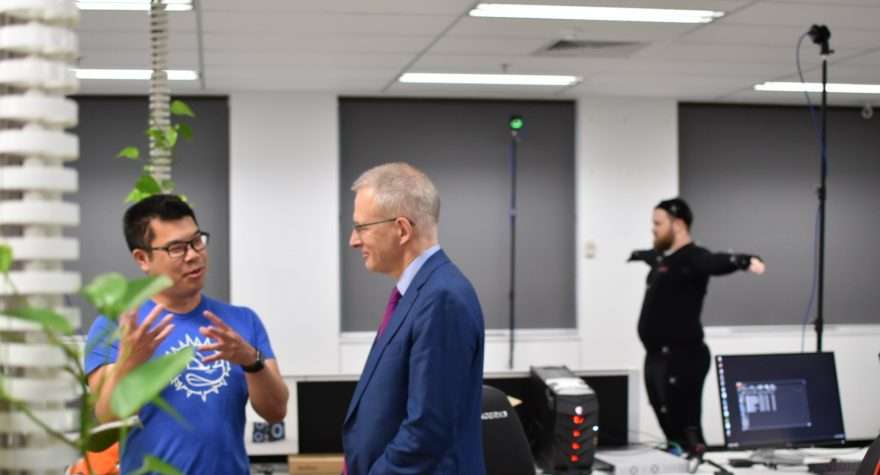 IGEA and Blowfish Studios, one of Sydney’s largest independent game developers, had the pleasure yesterday of hosting the Hon Paul Fletcher MP, Minister for Communications, Urban Infrastructure, Cities and the Arts, and Mr Trent Zimmerman MP, the Member for North Sydney where the studio is located in, to discuss the incredibly positive impacts the Australian Government’s recently announced Digital Games Tax Offset is going to have on the local Australian video game development industry.

Ben Lee, Managing Director and Co-Founder of Blowfish Studios, previous winners of the Premier’s New South Wales Export Awards for Creative Industries and Small Business, showcased their globally successful games and highlighted the vast range of roles and skillsets they employ in their studio – from programmers, to artists, narrative designers, marketers and even the motion capture team were on hand to provide a demonstration.

Ben Lee noted “We truly thank Minister Paul Fletcher for the recognition and support that the Government is providing to the game development industry via its Digital Economic Strategy and particularly through the introduction of the revolutionary Digital Games Tax Offset.

“Knowing that this is on the horizon allows us to plan the expansion of our studio and grow our employee base as we commit to the creation and distribution of more Australian-made games in this thriving entertainment industry. Further, we’d love to see games and digital tech precincts established throughout the city.  Blowfish Studios is based in North Sydney, alongside other established game studios, and is ready to work with governments at all levels to ensure this happens.”

IGEA is delighted to see the local game development industry expanding and this new internationally competitive incentive ensures Australia is well placed to position itself as a global force in this high tech, knowledge based creative industry.