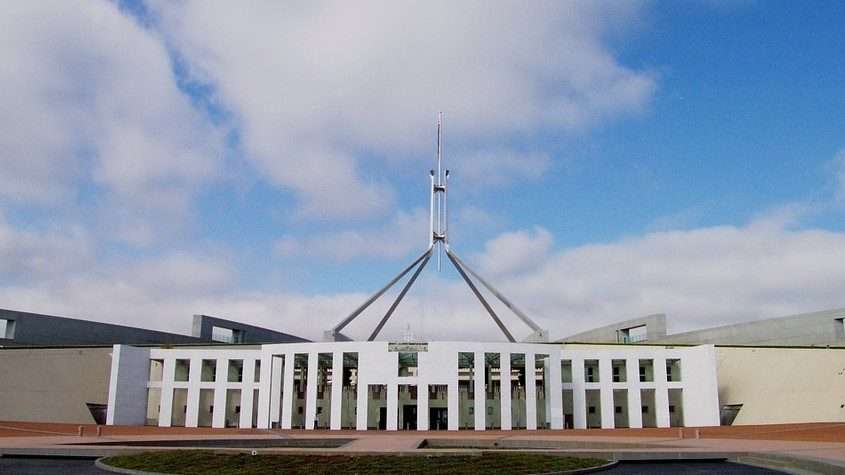 Last week was a significant week for the Australian video games industry, with a 30% refundable tax offset for video game development being scheduled for introduction in 2022 as part of the Australian Government’s new Digital Economy Strategy.  The offset will be the ultimate game changer for our talented, growing, and successful local game development industry and will ensure a complete and thriving ecosystem in Australia for years to come.

IGEA looks forward to rolling our sleeves up and working with the Government, our members, and the entire local and global industry to ensure the effective introduction of the offset and maximize the flow of investment and talent into Australia.  By recognising the importance of our incredibly valuable and innovative entertainment medium and the opportunity to spread high tech digital skills across the economy, the Government is giving local development studios the boost they need to cement their place on the world stage, create futureproofed jobs for Australians, and generate significant export revenue.

Our members have come out in emphatic support of the Government’s initiative, with the following sentiments shared by studios of different sizes from all around Australia, highlighting the positive impact the incentive is going to have, immediately and over the long term.

Paul Turbett, Blacklab Games:  Black Lab Games wouldn’t be the growing business it is without the support of the federal government. A modest investment in 2014 was the catalyst we needed to obtain a publishing contract that led to us working with high profile intellectual property like Battlestar Galactica and Warhammer 40,000. The announcement of a tax offset scheme is very welcome and will lead to further growth for our company, creating more jobs for skilled, talented developers in Western Australia.

Dylan Miklashek, Gameloft Australia: Firstly, thank you to the Australian Federal government for implementing this funding support. Secondly, thank you to all the people who have spent a ton of time, effort and emotion encouraging the government! Australia is now on the cusp of being one of the top, if not the top, choice in the world for video game development. Importantly, this government support will help the entire industry in Australia in time. The first winners will of course be games in the $500K+ category, but as existing companies grow, many new local companies are born, and many more international companies invest in game development in Australia, a national ecosystem will develop, which will feed ALL types of video game development: large and small, corporations and independent. This approach has already been proven to work in Montreal, Vancouver, Finland, Austin, and many more. To be a part of the Australian Video Game Industry at this moment in history and during this transformation is one of the highlights of my career. Game on!!!

Joey Eggar, Two Moos: The introduction of a tax rebate will be a game changer for Two Moos’ original productions. As part of the Two Bulls team, we’ve been fortunate to see the impact a refundable tax rebate can have on all kinds of innovative businesses and disruptive products, from connected light bulbs at LIFX to VR paediatric care at Smileyscope. A case in point for video games being our current in-house development of the 3D game OvO: Planet Engineer. We were fortunate to secure Film VIC funding for the production of a vertical slice. A tax rebate provides Two Moos a better opportunity to turn this vertical slice into an explorative game aimed at teaching kids to foster a coding mindset early in life.

James Kane, Two Bulls: I have witnessed refundable tax rebates help small businesses come into life and thrive during those first few years, where agility and innovation are at their top game, but cashflow – or lack thereof – can easily put an end to it. A fast-growing global video game industry paired with the creativity and originality of the Australian game producers now supported by a refundable tax offset will not only propel the local community to the top of their game, but it will also attract overseas talent and investment.

Matt Schenkel, Sub-Zero Sound:  Despite a $500k barrier to entry, I think independent developers and service providers who don’t reach that number will still benefit. For my business, Sub-Zero Sound, I anticipate that our pool of clients is about to get larger and more diverse. I’m always looking for exciting studios and developers to work with, and I believe that with this new budget, game creators will be able to more easily justify working with third-party contracting companies such as mine. I think that this will also result in more pathways for games graduates out of university. Currently, there are not many options for early-career games practitioners to jump into entry-level roles or paid internships. I only see these sorts of roles (as well as mid-senior roles), becoming more common over the next few years as the scale of our industry increases.

Nico King, Chaos Theory Games: The 30% Production Tax Offset for video game development is a turning point for the Australian games industry! There are a wide range of benefits for studios of all sizes and we are very excited about what the future looks like in Australia. As an independent games studio that has been self-funded up until this point, this initiative will allow us to employ more staff to work on our next game, be more competitive on an international stage, and makes seeking external investment for future projects a much more appealing prospect. The impact of this policy on attracting larger international studios to Australia will also help bring in senior game development talent and create an ecosystem of mid and large sized studios, helping solve one of the biggest challenges we face. Thank you to all those involved in making this happen. Games are the forward-thinking, export-focused, and creative industry that Australia needs more of right now.

Blake Mizzi, League of Geeks:  A 30% Tax Rebate for the Australian Games Industry will allow Australian studios to claim back qualifying costs, so they can reinvest that into future projects, hiring more talent and further developing their technology, tools and infrastructure. This program has real meaningful value for a growing new technology sector, the games industry, that has both huge potential and maturing international competition.

More so than most would realise, this Tax Rebate will have significant positive flow-on affects for adjacent tech sectors in Australia. The games industry cultivates highly skilled and creative talent which can move into adjacent tech sectors, like Artificial Intelligence, VR/AR, simulation, education, aerospace, defence, automotive and future tech. This program will directly help grow Australia’s future technical talent base.

Tom Crago, Tantalus: This announcement is both welcome and overdue. It’s a terrific day for the Australian game development community and we are grateful to finally be afforded a similar range of incentives to our friends in the film and television industries. As a game development community, we’ve been working on this for more than twenty years, and thanks goes out to everyone who has played a part along the way. Tantalus was recently acquired by Keywords Studios, and with this announcement we can fast-track our plans to acquire more Australian studios, and to grow our presence here exponentially.

Ross Symons, Big Ant Studios: Thanks to this investment by the Australian Government, there will be many more jobs available within the local video games ecosystem. For the first time, it will give a complete career path in game development within Australia, with clear pathways from entry-level roles through to director and producer positions with major companies. By making such careers possible, we will be better able to keep local talent here, in Australia, and encourage the home-grown talent that has moved overseas to return. In short, it’s a big win that will result in greater commercial and creative output with global appeal, generating substantial export income for Australia.

Daniel Visser, Wicked Witch: This announcement is a very real game-changer for the Australian games industry. This will have a positive impact not only for the individuals and companies directly involved in making video games, but for job creation, export revenue, women in STEM fields, education, as well as the broader economy. Daniel Visser and Wicked Witch (developers of games such as AFL Evolution 2, Age of Empires: Definitive Edition and original games such as Catapult King and Puzzle Wiz) have been advocating for this incentive for many years, and we are thrilled about this announcement and the benefits that will follow. We would like to sincerely thank all individuals, companies, and organizations that have worked on this over the years, and we would like to thank those that listened, supported us, and most importantly have taken action. We have no doubt that there are great things to come!