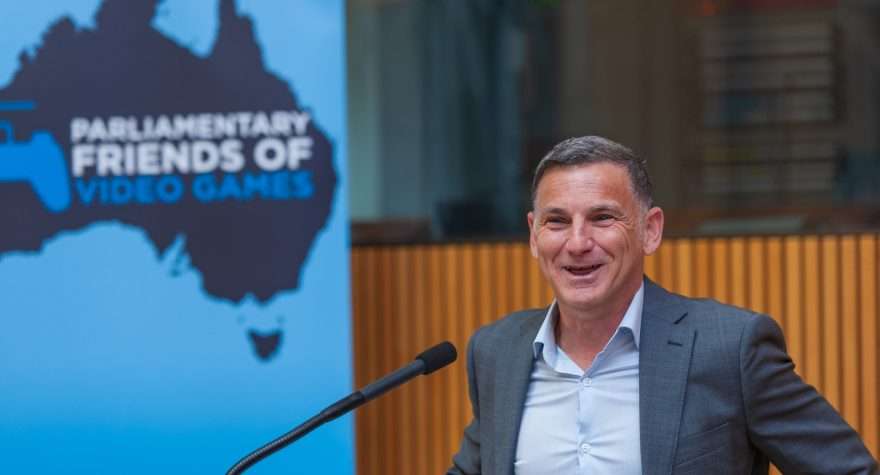 Video Game Industry Must be a Budget Priority

With Federal Budget fast approaching, our CEO Ron Curry wrote this piece which first appeared in The Australian on 7 April 2021 calling on The Hon Paul Fletcher MP and The Hon Josh Frydenberg MP to allow the Australian video game development sector to access Federal funding.

Video game development is an advanced and export-driven, digital manufacturing industry. Video games represent the world’s largest creative industry, generating around $250 billion in revenue last year, with growth only expected to accelerate due to increasing consumer demand across all age groups and the COVID-19 Pandemic.

For many years, creative Australian developers have made and delivered critically acclaimed games, content and technology to both consumers and companies all over the world with titles such as Untitled Goose Game, Ashes Cricket, Fruit Ninja, World of Tanks and Crossy Road.  Last year, Australia’s game development industry earned $184.6 million and employed 1,245 fulltime employees with 87% of this revenue derived from exports. However, this revenue, compared with the $250 billion that the global industry earned last year, means that just 5 cents of every $100 in income generated by the sales of video games globally is earned by Australian game developers.

It begs the question, why is this so low?  It’s simple really.  Australia is at least 30% more expensive to make games in than other countries around the world because of our higher costs and lack of tax incentives available to game developers. Countries like Canada, the UK, and many US states have established tax offsets for game development that make it at least 30% cheaper to run studios in those jurisdictions compared to Australia.

If the Federal Government is serious about investment and economic growth, it can achieve it by boosting our industry’s global competitiveness and introducing a new tax offset for game development, similar to the offsets it already provides to film and TV production. Aside from expanding our creative and digitally literate industry up to twentyfold, a tax offset would be a fiscally-responsible investment that would pay for itself and support the modest yet successful incentives offered by State governments such as Victoria and South Australia who have seen growth in revenue and employment in their states for our sector.

Over the last decade, the lack of attention, recognition and support provided to game developers by the Federal Government has already cost the Australian economy billions.  If Australia’s game development sector had grown at a 22% CAGR over the past decade – the rate that some overseas jurisdictions grew following its tax offsets – it would have earned $650 million last year alone.  The government has the chance to rectify this in the upcoming budget and not only recover that amount of money, but ignite the engine that is our industry that can generate $1 billion a year and develop a sustainable industry that will employ 10,000 highly skilled, full time workers by 2030.

We have seen the film and TV sectors receive increases in funding over the last 12 months in order to attract global productions and boost the economy.  If the same consideration was opened up to other screen businesses, like those who make video games and associated technologies, game development could attract international studios and generate revenue for Australia.  Further to that, game development could in turn support film and tv businesses as we share transferable, employable skill sets such as in animation, special effects, writing, acting, music composition and audio.  In fact, the global video games industry is so much larger and growing so much faster than the rest of the screen industry that the scale of investment and job creation possible through the provision of a games tax offset is beyond comparison.

‘AAA’ blockbuster game companies are right now scouting Australia as a destination to establish new studios. Such studios have the ability to employ thousands of young Australians, alongside mature and experienced game development veterans to create a thriving ecosystem for game development in this country.  This will help to absorb the thousands of talented young Australia students graduating in video game courses locally who, if things stay the same, will depart our shores and head overseas to work where demand for employment is high. It will also provide pathways for the hundreds of highly skilled Australian expatriates waiting to return home to suitable jobs in existing studios and/or create their own homegrown studio to employ locals.   A tax incentive will stop and even reverse the brain drain.

With the budget fast approaching, the Federal Government must act now to propel this advanced creative, digital, high-growth industry into the future and at the same time stimulate export revenue and jobs for Australians and prevent further losses to overseas economies who recognise and support the potential of the game development sector.