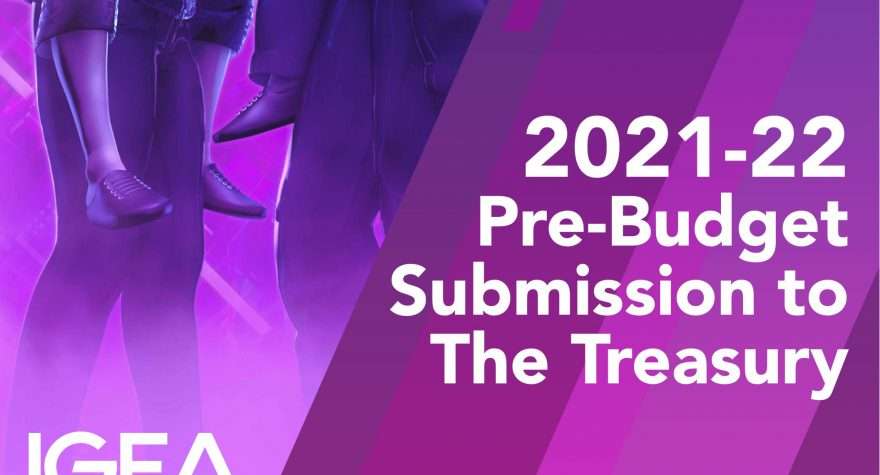 IGEA has made a Pre-Budget Submission to the Australian Treasury ahead of the 2021-22 Federal Budget.

In our submission, we have continued our campaign advocating for the Australian Government to introduce a 30% refundable tax offset for video game development and to restore the $20 million Australian Interactive Games Fund.

In our submission, we highlight that: