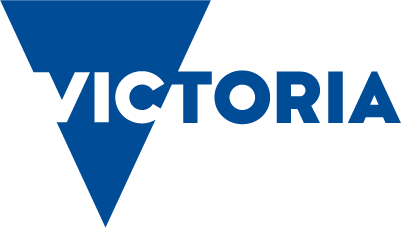 The Interactive Games & Entertainment Association (IGEA) welcomes the announcement from the Victorian Government today that it has not only doubled the size of its video games fund but has also introduced a revolutionary new incentive to attract game projects to Victoria.

This important commitment, which was made by Danny Pearson, Minister for Creative Industries comes as no surprise to IGEA given the long-term investment the Victorian Government has continued to provide to further grow the state’s exciting game development industry.

Funding from Film Victoria has long assisted numerous innovative and creative projects in Victoria to get off the ground, which has helped to create studios that continue to grow and achieve local and international success. We have also seen the Victorian Government support the establishment of Australia’s first collaborative working space for game developers, The Arcade based in South Melbourne, and annually host and run the internationally-acclaimed Melbourne International Games Week (MIGW) each October.

Wildly successful and globally popular video games that have been made in Victoria represent some of the most successful ever Australian creative exports and have brought in significant levels of investment, tax revenue and highly-skilled jobs to the state. Fantastic games made in Victoria in recent years include Untitled Goose Game, Florence, Ashes Cricket, Crossy Road and Armello.

Many Victorian-made games are built on original intellectual property, meaning that export profits flow through to proud Victorian businesses who re-invest these profits into building even more and better products to export. Building on this is international investment in the local games sector, which the new incentive will strengthen ever further. With the arrival of Sledgehammer Games to Melbourne last year alongside the established EA Firemonkeys,  ‘AAA’ development is heading back to Australia and the sky is the limit for Victoria.

“The Victorian state government has reaped the rewards of supporting the video games industry, with Victoria being home to the majority of game developers in Australia” says Ron Curry, CEO of IGEA.

“This boost in funding ensures that the tremendous contribution that Victoria’s games sector makes to the state’s cultural, social and economic landscape will increase and pave the way for the rest of Australia to follow.  With numerous international games studios looking to establish bases around the world, the attraction fund is an important step in making sure they consider Victoria a real and viable option.”

“However, despite the Victorian Government’s visionary policies announced today, which come on the heel of the South Australian Government’s introduction of Australia’s first ever game development rebate only a few months ago, Australia has a long way to go to meet the incentives provided to games studios in other countries like Canada and the UK.

Australia has the ability to create a $1 billion industry in game development, providing much needed export revenue and the creation of 10,000 new highly-skilled and innovation focused full-time jobs.  We are seeing Australian states like Victoria take advantage of this growth industry and it’s time for the federal government to step in and reap the rewards for Australia.”

IGEA’s Game Engine advocacy paper, and numerous submissions to government consultations on screen and creative industries, trade and Investment inquiries can be found at www.igea.net