It’s fair to say that games are part of the screen industry.

Then why aren’t Australian-made games supported by federal screen incentives?

The answer to that question perplexes us too.

To summarise the inequity across screen funding, we have created this handy visual that shows all of the different screen industry sectors and the contribution they make to both Australian culture and the Australian economy, which in fairness, can be significant in different ways across each sector. 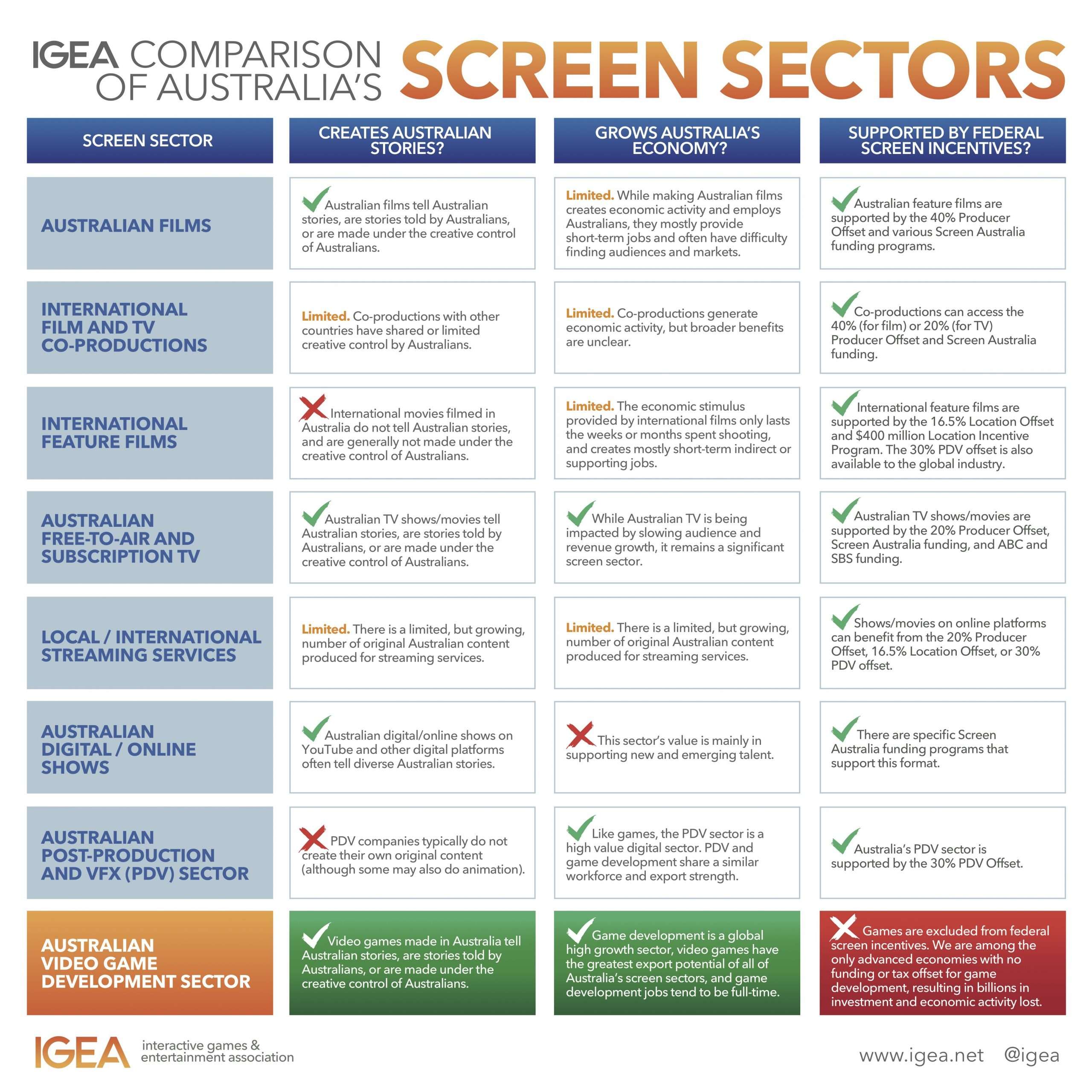 However, we draw your attention to the last row.

Video games that are made in Australia tell Australian stories or are made under the creative control of Australians.  Video games have huge export potential. Yet we are the only screen sector excluded from any kind of federal screen incentives.

With a review of screen policy underway, a Parliamentary Committee urging for game development incentives, and new funding for film and TV continuing to be announced, we think it’s time for the federal government to embrace the game development sector and recognise us as part of the screen industry.

By providing equitable screen support levers to game developers, Australia will reap the rewards creatively, culturally and economically of this high growth sector.