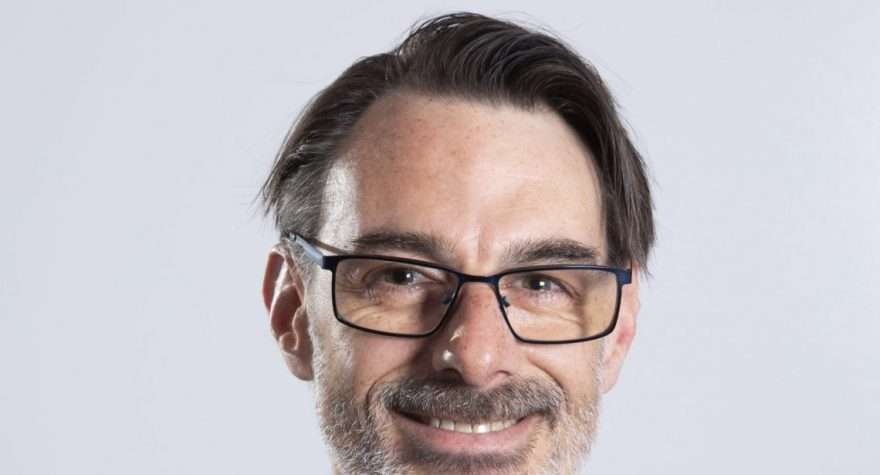 Recognising we all have a role to play in stopping the spread of COVID-19, IGEA is talking to our many industry stakeholders about the entertainment they are consuming and how they are practising self-isolation and social distancing.  We know many of our connections love digital games and we love to seeing what they are playing, what they recommend playing and if they have any tips or resources to share with the community as they #PlayApartTogether during
these unusual times

Recently we spoke with Alex Sangston, Executive Manager at Screen Tasmania for our #PlayApartTogether series.

What tasks are you undertaking to keep yourself (and/or your family) occupied during these times of self-isolation, and physical and social distancing?

Dealing with the immediate emergency of the pandemic was more than enough to keep me occupied, and my habits didn’t really change that much as I’m a bit of a home-body anyway. As far as my family goes, I have an 8 year old daughter and we focused on reading, board games, bike riding, building Lego and dancing and singing. She also introduced me to Minecraft, and that became our Saturday morning Daddy-daughter routine.

Why these particular activities?

I’m always happy to introduce her to things I enjoyed while growing up – partly because I’m conscious to make sure that all activities are open to her; hopefully removing as many gender barriers for her that my generation grew up with. But really, I follow her lead and all of the above are her interests. We were trying to make sure she had a mix of indoor and outdoor; screen-based and not.

What games are you playing?

It’s interesting, iso gave me a massive nostalgia hit in the content I was consuming. In the video game world, this meant I ended up playing though a Gears of War game (can’t remember which one), going back into GTA5, and breaking out Just Dance with the family, plus I thoroughly enjoyed the remastered Monkey Island. The big find for me, during iso, though, was a little freebie game called Trickster 500, which lets you play games of 500 with friends across platforms (with in-built video chat) – it was a great way of keeping connected with mates so we could still catch up, have a couple of beers and play cards.

I also played through the legendary Untitled Goose Game a couple of times, and dabbled in Assassin’s Creed Odyssey (but wasn’t loving it so put it aside). I have a mild addiction to the Match-3/RPG Empires and Puzzles on my phone, and of course I regularly boot up Tassie games like Party Golf (non-stop quickfire golf aimed at parties), Party Crashers (similar idea, but a racing game), Shape Rush (a cute casual physics game) and Hive Time (a gorgeous little sim of a bee hive).

Do you play games alone or with others?

I don’t really play online – I’m frankly not a good enough player to be competitive in the big shooters online, but I’ve always loved local co-op, and I really miss it now that it’s far less common. I taught my daughter how to use a console with Snoopy’s Grand Adventure playing on co-op, and there’s nothing better than local co-op on a 3rd person shooter. Thankfully we’ve funded development on a couple of party games: Party Golf and Party Crashers, which are great fun with a bunch of people. However, I largely play by myself at night when everyone else has gone to bed.

What games are your family playing?

My wife isn’t much of a video gamer, although she does join in on Just Dance and professes a love for OG Sonic. My daughter tends to like watching me play (she loved Goose Game), or we co-op on Snoopy or compete in Sonic Racer All-Stars, and she quite likes Halfbrick’s Ruskulls and Fruit Ninja (on Kinect). Most of her gaming is non-competitive mobile-based, though. She loves the Dr Panda series and still breaks out the Play School iOS games (which are Tassie-designed!) even though she’s way too old for them. And then there’s Minecraft, obviously – she’s only interested in Creative Mode and knows she’s only allowed to play locally. She’s really building for the sake of building and showing us what she’s built. It’s quite amazing the stuff she comes up with.

Interestingly enough, my daughter has actually been doing a bit of light coding, too. Her teacher introduced her to the MIT-developed Scratch platform and she’s using it to animate short films and build educational games – entirely self-taught through youTube and tutorials. I’m perpetually amazed what she can do with it.

Are there any games you recommend?

Everything which Screen Tasmania has supported! I’ve mentioned Party Golf and Party Crashers, but we have also funded a lemmings-style puzzler called Squidgies Takeover on the Switch (all three of those are from Giant Margarita), a lovely retro platformer for mobile called Cracked Crusaders (Webbysoft), and out very soon is a narrative adventure called Where the Snow Settles, the first game from Myriad Game Studios.

What resources do you recommend to assist parents and carers manage and monitor game play for their children?

Get to know the parental controls on whatever platform your kids are on – they’re incredibly customisable and powerful. However, the best way to manage and monitor your kids’ game play is to play with them and talk to them about what video games are and why they’re fun – or not.

The other thing I’d say – and this might reflect the age my daughter is – is that she knows what she does and doesn’t want to play. She’s not interested in violence, so I don’t have to place strictures around that. She also understands that most things are not appropriate for her, which she’s fine with because she knows she‘d find them scary or disturbing. Things might change as she hits the teen years, of course, but at the moment it’s going OK.