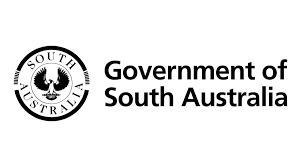 The Interactive Games and Entertainment Association (IGEA) is delighted to see the leadership and commitment shown by the South Australian government to extend the Post-Production Digital and Visual Effects (PDV) rebate to the game development industry.

This is a first for an Australian state government and an activity that will generate expansion of employment in South Australia, along with the transformation of the local game development industry – which is already home to burgeoning, world-class production studios.

For years IGEA has prosecuted the case for screen industry rebates and incentives to be extended to Australian game development studios, including in our submission to South Australia’s ‘Growth State’ consultation earlier this year. Recent times have again proven that playing games is an extremely popular form of entertainment across the globe. Games are not only played for fun, but also as a way to connect and educate across different demographics.

Australia has historically lagged behind most other advanced economies in terms of government policies to attract and expand local game studios, but South Australia’s decision today is a wonderful step forward.  It is imperative and economically sensible that Australian game development studios remain globally competitive in delivering content, digital skills and technology to this evergreen industry.

Ron Curry, CEO of IGEA, says, “It is exciting to see the South Australian government’s appreciation of the creative and economic importance of video games, and its commitment to accelerating the growth and transformation of the sector with tax incentives. We acknowledge and congratulate the leadership position it has taken.

“In taking the first steps to provide equitable levers of assistance across the screen industries, South Australia will likely enjoy growth in employment of creative, high-tech and digitally literate staff who have adaptable, transferrable skills that can be utilised across the entire creative sector. A thriving game development industry will see a growth in export revenue not only for the state of South Australia, but for the country.

“This decision also serves as a critical reminder to the Australian Government of the important benefits of extending the federal PDV offset – which works hand-in-hand with state-based PDV rebates – to include video game development.

“As the peak industry association for video games, we are pleased that we were able to play a role in this initiative and look forward to continuing our work with the SA government to ensure the initiative’s success.”