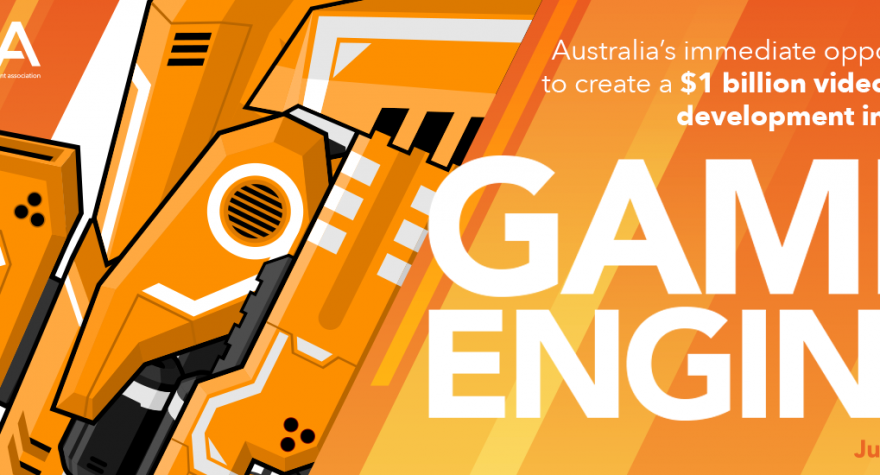 June 24, 2020 – Today we are launching our new advocacy paper on behalf of the Australian game development industry, continuing our ongoing campaign calling for the Australian Government to support our developers and studios and to help them to become the economic and cultural engines that they should be.  This paper, which we’ve titled Game Engine to highlight how video games can help to power Australia’s current and future economy, sets out our vision for an industry that by 2030 can generate $1 billion a year, mostly in export revenue, and employ 10,000 skilled full-time workers.

While the paper presents a fresh vision and a renewed case for why the Government needs to take the games industry seriously, our call for reform remains the same. The two policies that we have highlighted remain the two most critical, the two most proven and the two most effective – both now and for the future.

In our paper, we call on the Government to extend the tax incentives that are already available to the rest of the screen industry to our sector through a new 30% tax offset for game development, like the PDV offset. This will allow us to compete with countries like Canada and the UK where these policies already exist and are driving astronomical levels of economic growth and job creation.

In a significant step forward, the South Australian Government recently announced that it would extend its PDV rebate to video game development, making it the first jurisdiction in Australia to do so. We hope to see this reform extended federally and across other states and territories.

We also call on the Government to fix the ineligibility of games from applying for support from Screen Australia by restoring the $20 million Australian Interactive Games Fund. Game studios face the same challenges as film and TV in creating content, and there are no good reasons why we should be excluded from competing for contestable screen grants and loans on their own merits.

We have prepared this new paper because there has never been a more important time to remind Government about video games and the games industry. The Government is currently undertaking a review of screen policy and options for getting more Australian-made content on our screens, and the first role of the Game Engine paper is to be the centrepiece of IGEA’s submission to that review.

The Government also faces new challenges as it tries to navigate a way out of a fragile COVID-hit world and volatile trade environment. Of Australia’s creative and entertainment sectors, the ‘born global’ video games industry has the largest and most ready export market, showed the most resilience during shutdown and supports the most versatile future-proofed jobs. Video games can provide a way for Australia to find new avenues for significant growth and drive the digital transformation of our economy.

As an industry, we are sometimes perplexed that policy discussion around the post-COVID economic recovery of our creative industries often still revolves around film and TV, including attracting foreign productions that film for a few months and then leave. However, an equitable tax incentive for our sector ensures the establishment of real bricks and mortar games studios, who remain in the location for a considerable amount of time and provide ongoing and stable employment to both creative and digitally literate employees.

The opportunities in game development are real, long-term and close at hand. Not only is the global video games sector expected to expand this year while so many others decline, but the global games industry has billions of dollars of investment waiting to be committed to building and expanding bricks and mortar game studios, and smart policies will help bring this investment to Australia.

Our paper can be downloaded here. Hard copies will also be sent to politicians and policymakers across Australia.