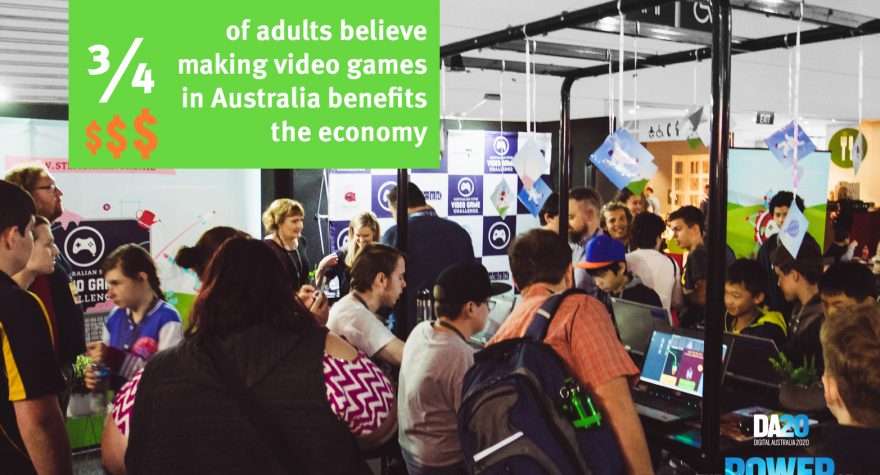 The announcement that the next Marvel film Thor: Love and Thunder will be filmed in NSW brings mixed feelings. While we love to see the creation of creative and technical jobs in Australia, we would also like to see the policies and incentives to support these initiatives take a broader, current view of the entertainment market.

As we’ve identified in our latest research, we play games and we are film (and even Marvel) fans too.  In fact, the two activities can, and do, happily coincide. Yet again we find ourselves wondering when the screen industry we represent will be afforded similar opportunities to those provided to legacy screen sectors by both Federal and State governments.  We estimate that one foreign film alone is being provided with approximately $50 million of government funding in order to be filmed in Australia.  There is no transparency on the number of local, permanent jobs this funding will create and where the profits are recorded.

Australian game development studios invest millions here (some have invested tens of millions), they support hundreds of permanent jobs and have formed some of the most successful creative Australian products ever made and many of these games have been played for years around the world. Our game developers have done this with NO Federal Government screen support. But with the UK, Canada and other countries supporting these high growth, highly skilled industries, is our local industry sustainable? It seems unlikely given the loss of one of our prominent games studios only last week.  Can you imagine how our screen industry could grow and sustain itself with even a percentage of the funding going towards ‘Love and Thunder’ – just one film?

We’re happy to agree on trainee programs as a quid pro quo too (many studios already have trainee programs) – and unlike the one in the article, our industry’s training won’t cease after just a few months when filming wraps.

Time again we’ve continued to prove that playing games is a hugely popular, global entertainment medium, usually exceeding sales of other entertainment industries.  Those who develop games possess the highly desirable, transferrable skills that are required to power global innovative, digital economies, and the skills can even be used in the film industry.  When will governments allow us to access funding and opportunities provided to other creative screen industries to create more sustainable employment opportunities, build world class IP and compete with other nations who do acknowledge the importance of the video game development sector in the new digital economy?