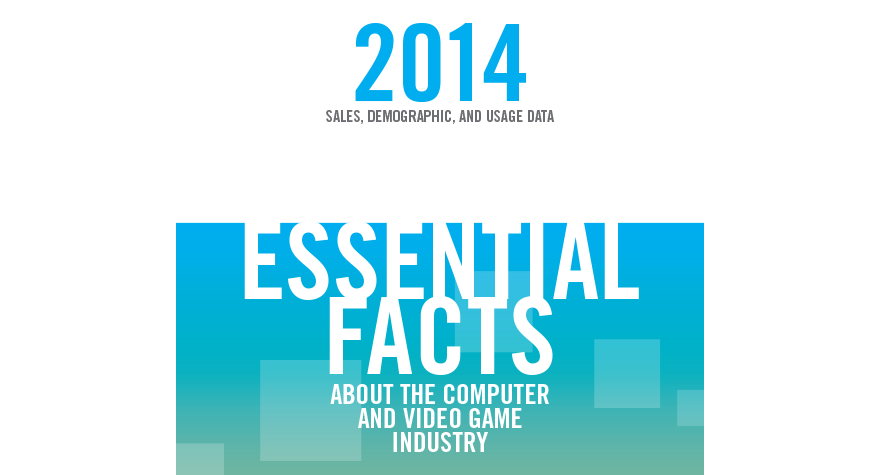 Late last week, our friends the ESA in the US, released their latest research report, the 2014 Essential Facts about the Computer and Video Game industry.

Some of the key findings are:

The 2014 Essential Facts also provides statistics on gamer demographics; the types of games played and the kinds of game platforms used; the top-selling video games; and other industry sales information. Notable findings include: